Victorian, family-oriented, and breathtaking natural beauty describe the classic Colorado ski town of Breckenridge. Enjoy countless outdoor activities, in both winter and summer, because Breckenridge averages over 300 days of sun each year and over 300 inches of snow each winter. With over one million skier visits last year, Breckenridge is one of the most popular winter resorts in the country. Highlights include Breckenridge’s historic Main Street, thrilling terrain parks, boutique restaurants and shops, and the new Riverwalk Center.

Throughout the year, cultural events like the Breckenridge Film Festival, the Backstage Theatre, and the
BreckCreate Arts District will entertain you. Quaint streets feature fine dining and endless shopping opportunities.

With an array of ski-in/ski-out housing opportunities, you only have to throw open your front door and go. The resort ski runs come right down into town, so you can ski home for lunch. And the limited availability of these properties makes them highly valued. A perfect mountain town! 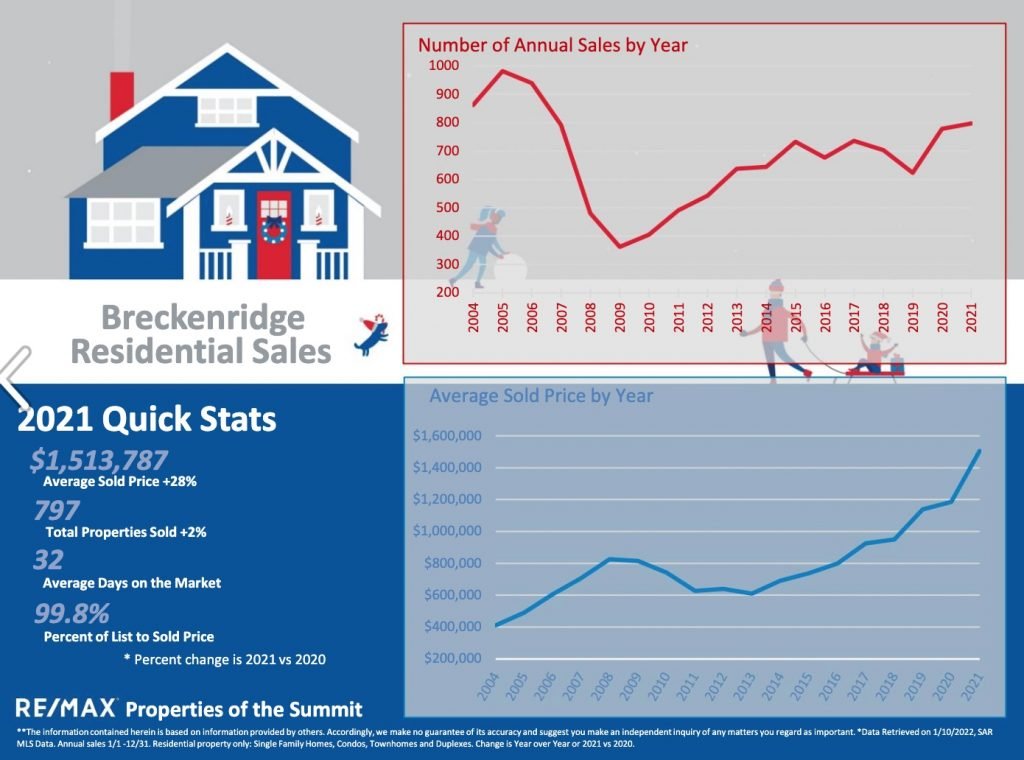 Elevation & Location: Breckenridge is perched 9,603 feet above sea level, in a U-shaped valley, on the western slope of the Continental Divide. At approximately 11,500 feet, tree line is visible on the surrounding mountains. To the west are the 12,000 to 14,000 foot peaks of the Tenmile Range and to the east and south is the Continental Divide. The Blue River, with its origins at Hoosier Pass (12 miles to the south), flows south to north through the center of Breckenridge before ultimately feeding into the Colorado River.

Population: The quaint mountain town has a full-time population of nearly 5,000 people.